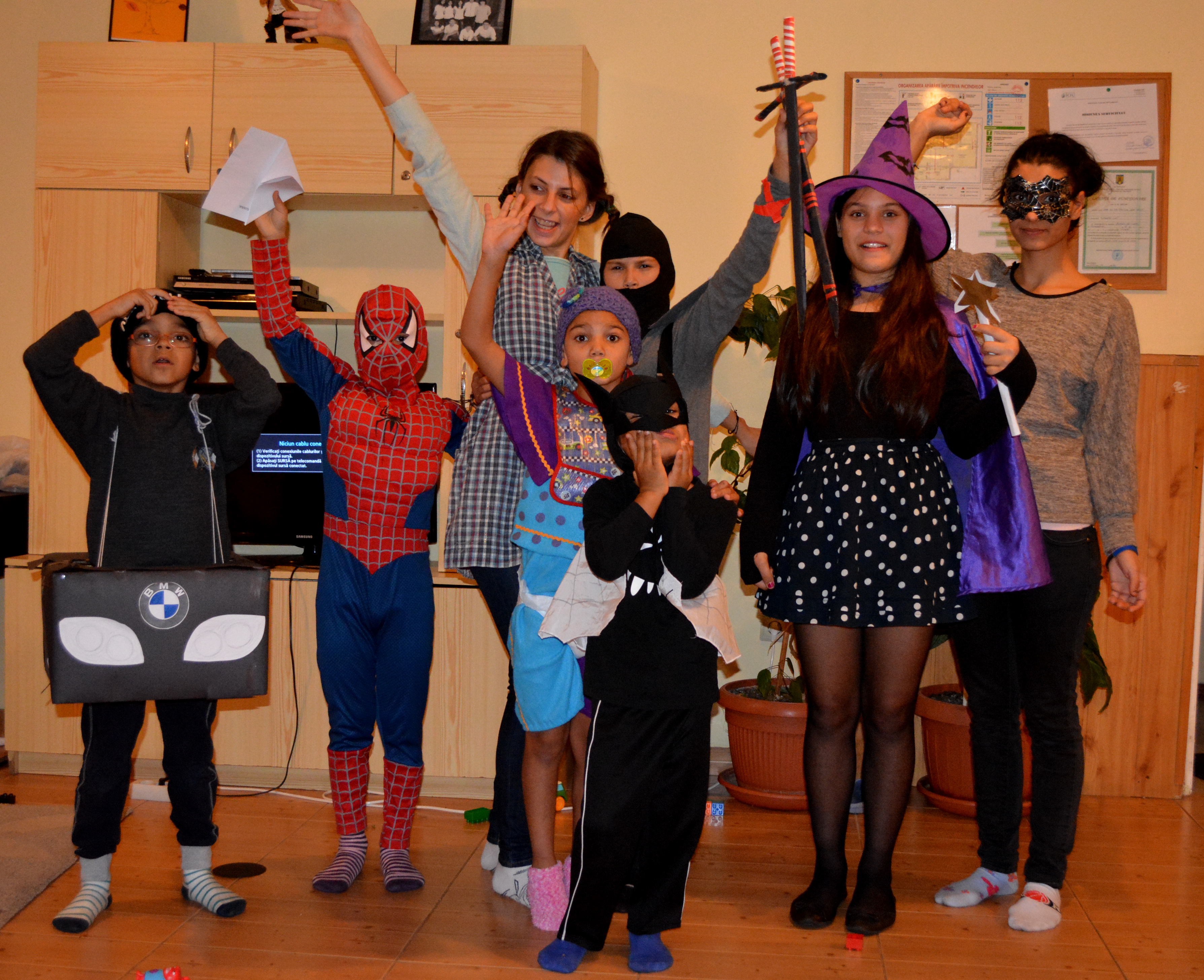 Last week was a week of school break for the middle school age kids.  Having small children in Casa Juliana we always need to fill their free time with different activities because they have lots of energy that they need to consume in a way or another.

The Casa Juliana kids were asking for the past six months for the second edition of the Masquerade Party, since our first edition was in February. By chance, this week of schoolbreack happened to be in the same time as Halloween. Because we don’t actually celebrate Halloween with our kids, we thought that it would be the best timing to have our second edition of our Masquerade Party. By this past Saturday, Monica – the tutor, prepared magnificent costumes for everyone just as they desired. Therefore, Sergiu was costumed as a bat, Laji as Spiderman, Nicusor was a BMW, Atilla was a ninja, Eva a sweet and gentle witch, and Costi’s desire was to be disguised as a baby. Even Monica disguised herself in a very funny Romanian character – Pipi Sosetica. We need to mention that Atilla created his own costume and thought about every detail leaving everyone impressed.

After everyone dressed up and presented their costumes, the night continued with music, dance, pictures, and playing time. The sweetest part of the night came by the end when everyone served tasty, colorful homemade cupcakes. If you look at our pictures you will see how much fun we had. Enjoy! 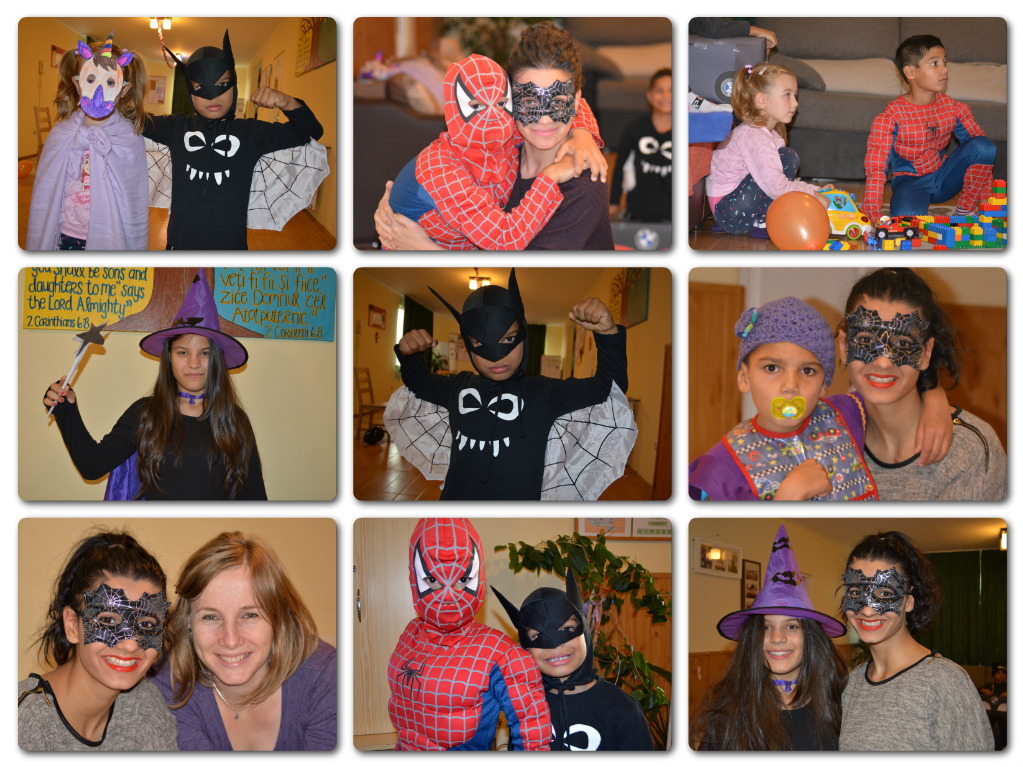 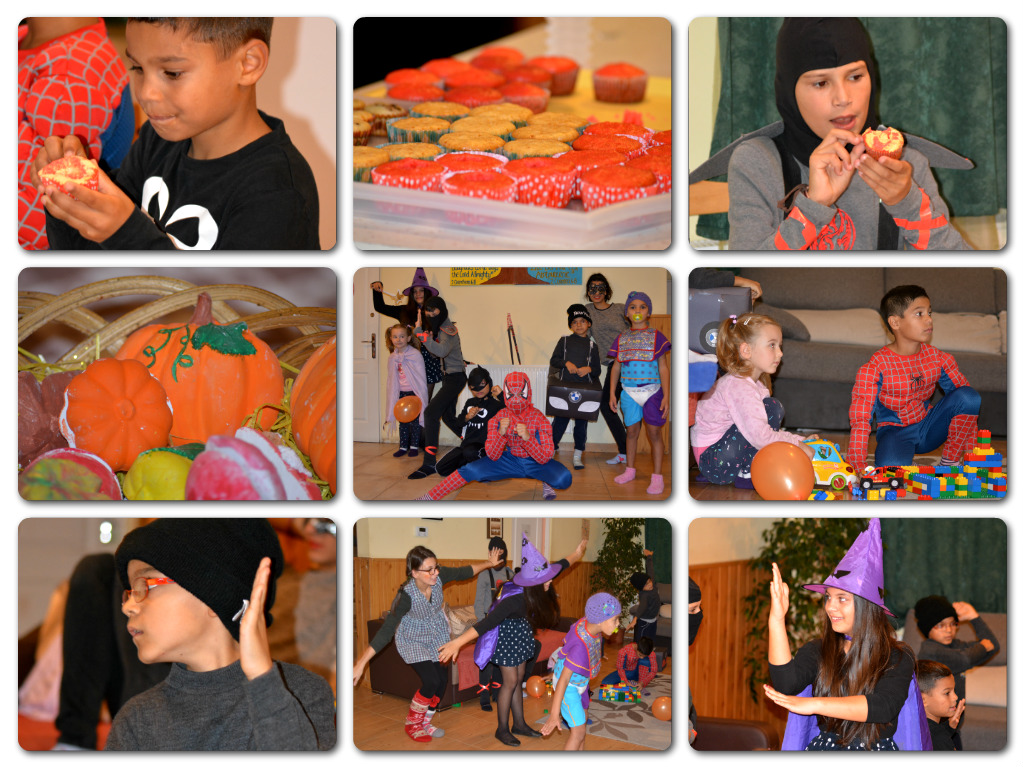 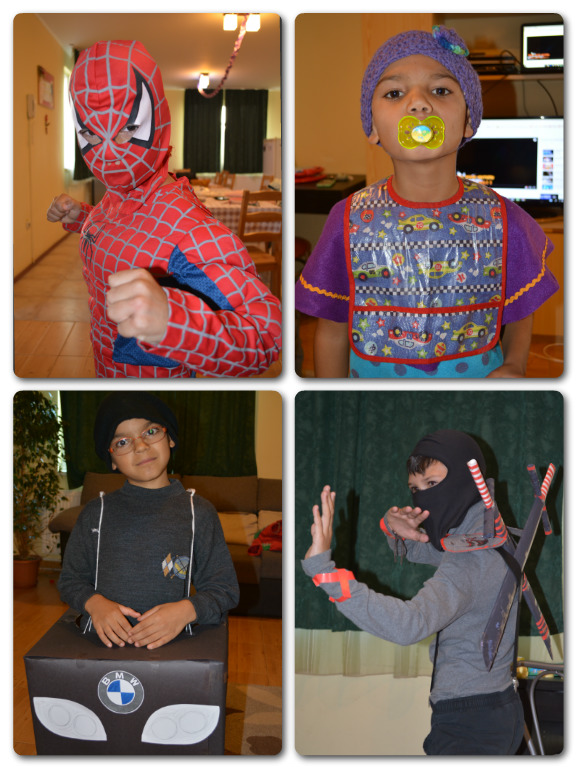