Two weeks ago was the mid year school break for our kids and we made it fun for them to unwind.

We went ice skating a couple of times and even though for some of them it was the first time they soon got the hang of it. Nicusor especially surprised us with his natural ice skating skills. Even if he hasn’t been skating before he soon figured  it out and you could read the joy on his face. And that was awesome because Nicusor has very few things that he enjoys. Also on Thursday afternoon we had a “masquerade”. For a long time the kids expressed the wish to wear costumes with their favorite super heroes, so our educator Monica worked hard to put together a nice masquerade like party for them. She made the costumes according with their wishes and organized the party, Costi was Spartacus, Nicusor was Flash, Attila a fireman, Laji a dinosaur, Sergiu a shark and Eva the bride fairy. The kids had fun showing of their costumes, getting in the character, dancing and snacking. The funniest part was that Laji could not sit down for the whole time because of his dinosaur tail and towards the end he came asking us to cut his tail because he was tired of standing 🙂 It was a funny masquerade party and a great week. 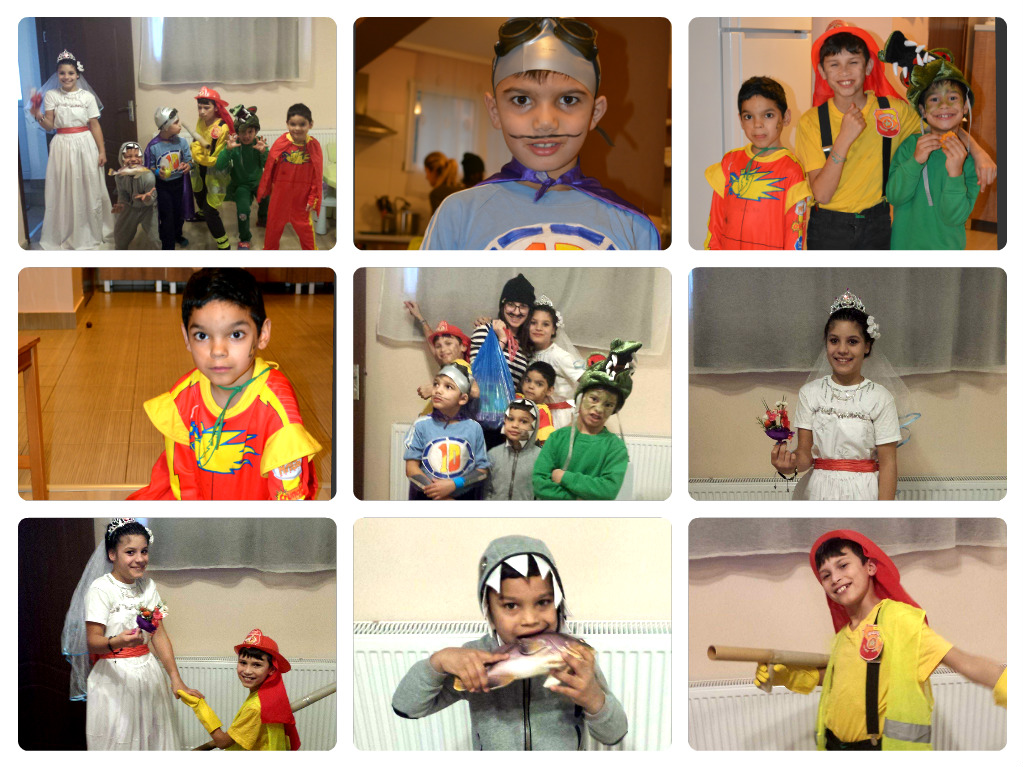 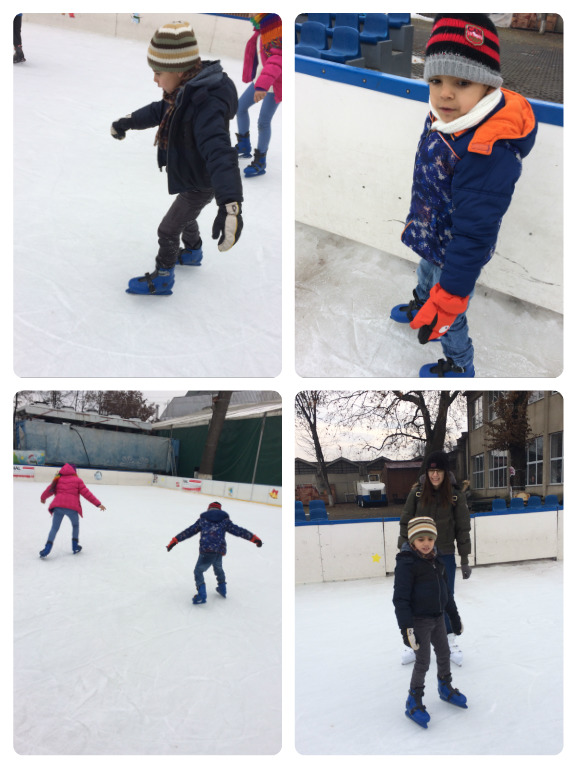