Meet Janos. He came to us in 2016 at the age of about 2 months. When he first arrived, he had a very bad fungal infection covering large parts of his body, presumably due to severe neglect, and an incredibly bad diaper rash. He was understandably upset and miserable at being left in an unfamiliar environment with strangers, and he was not used to being bottle fed.

In time, Janos became accustomed to his new living conditions, and his skin healed. (This left a blotchy complexion as the new skin was pale and did not match the old, more tanned skin!)  As he grew, he learned to roll over, sit up, smile, and play, as babies do. The introduction of solid foods did NOT meet with his approval, and he let us know about his feelings very loudly. But apart from those protests, he was generally a happy child, with a huge smile (though not always for the camera!)

He went home briefly when he was 7 months old, but was back after about 2 days.  Then in June last year, at the age of 11 months, he went home again.

At the beginning of March this year, Janos’s younger brother Razvan arrived at the hospital at two months old, and a few weeks later, Janos was suddenly back as well. After being gone for nearly 9 months, he had forgotten us and was of course distressed at once again being abandoned in unfamiliar surroundings. A distinct tendency to aggression towards the other children, as well as 2 black eyes and several cuts made us wonder what had happened to him while he was at home …. Again, we patiently worked with him to soothe his fears and encourage him to accept us, and let us love him.

As he came to trust us, he grew in confidence. When he came back, he was not standing or walking by himself yet. Now, 6 months later, Janos is a playful, energetic little boy, and one of his favourite things to do is to run around the playroom. He is currently the oldest of our kids at the hospital, and like any toddler, he doesn’t like hearing “no” and can throw a tantrum!!! But in a good mood, he has the biggest smile. He loves the cars, building blocks, stackable cups, and “dancing” (usually to his own music.) He also chatters away, largely unintelligibly – for some unknown reason, his favourite word is “ow ?”

He has met his little brother on several occasions, though he has no concept of who this particular baby is. It was a pleasure to celebrate Janos’ second birthday in July.   Now we wait to see what the future will hold for these boys. 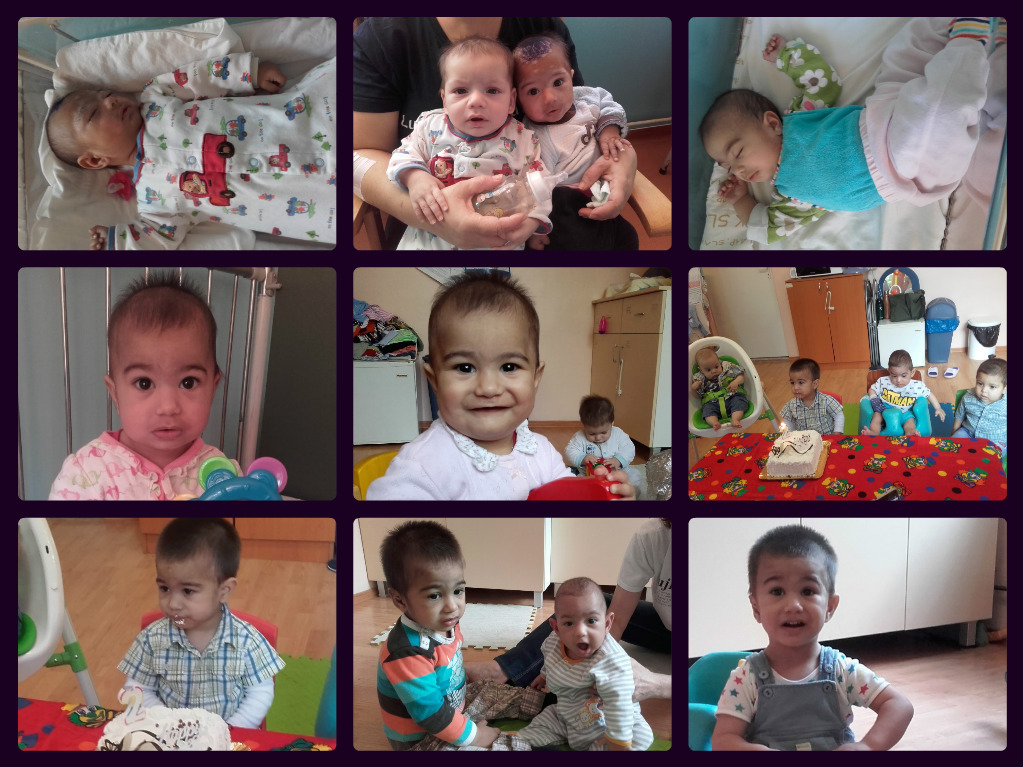